In this article, you’re going to learn that many different types of cucumbers thrive well throughout the world. Some of them do not even look like cucumber at all, so read along!

Cucumbers are typically green vegetables with relatively long sizes and round shapes, depending on their varieties. You can find these veggies in almost every part of the world that receives sunlight or hot temperature.

Cucumbers thrive in tropical regions, and it doesn’t take a long time for them to get harvested. They need around two months to be ready to pick up, so it wouldn’t be a big problem if your areas only receive a small amount of sunlight.

Cucumbers are also kinds of plants that aren’t very demanding to grow. They belong to the Cucurbitaceae family, including pumpkin, watermelon, and zucchini.

Cucumbers can be grouped into two major categories: slicing and pickling types, with many varieties from different cultivar. However, there are almost a hundred types of cucumber out there. 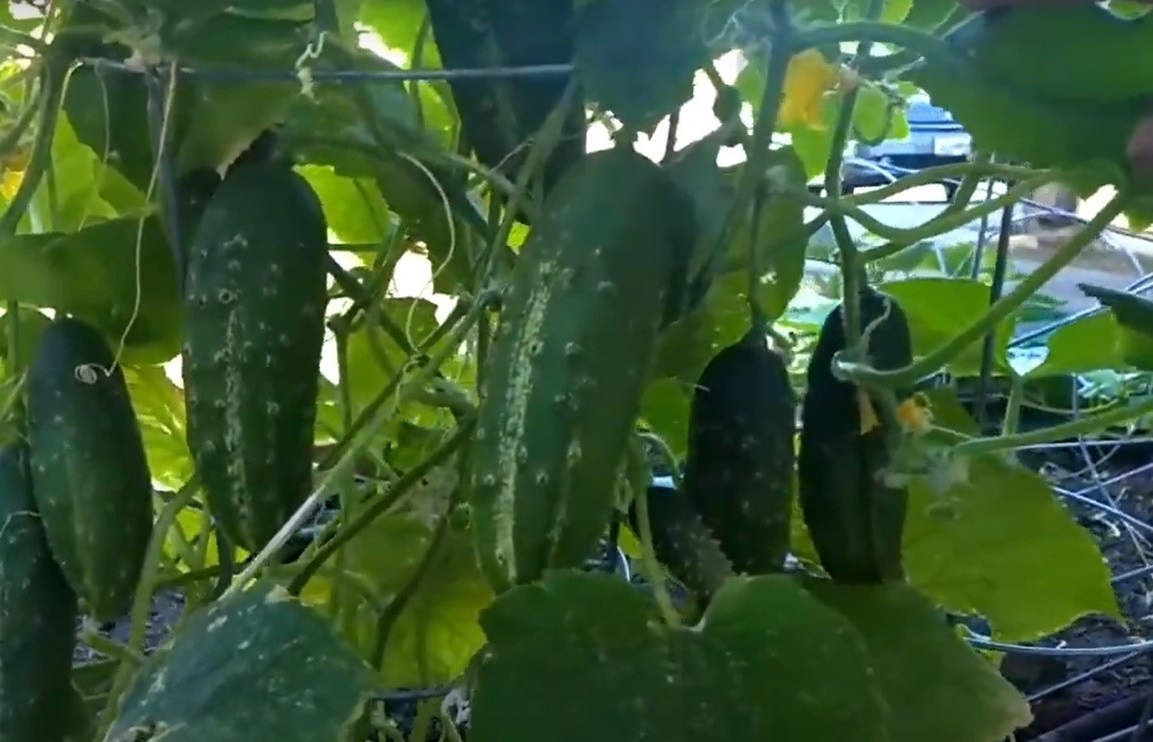 What is Ashley cucumber?

Ashley is a type of super variety that produces many cukes in just around two months. The vegetables are typically on a low level of the plants, meaning harvesting them is a breeze.

Growing up to six to eight inches, they are a breeding type from Puerto Rico 40 and Marketer.

However, Ashley cucumbers are container-friendly plants and are disease resistant, adapt to heat, and aren’t prone to powdery mildew as well. 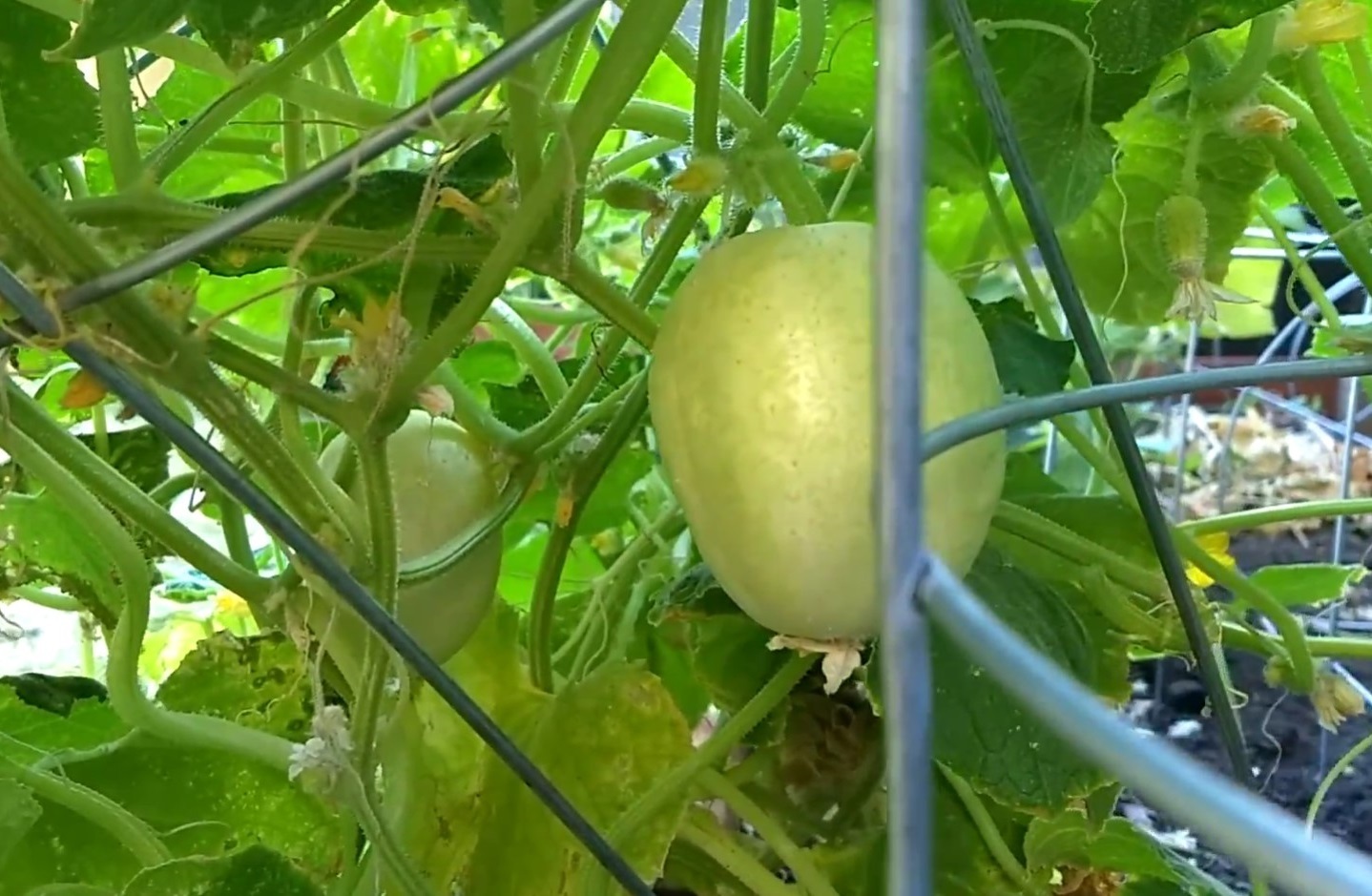 Suitable for garnish and pickles, the tiny cucumbers offer sensational flavors such as sweet and tender. They might only grow around three inches in length, but their juicy flesh is what draws many people’s attention to them.

They might not be the first choice for gardeners keen on growing huge cukes. Still, Crystal apple cucumbers have something different to give in exchange: skins and flesh that you can eat raw as they’re tender.

They have a shape of round and small, about as the same size as an apple. That might also be a clue where they receiver their name.

Striped carosello lecceses have stunning stripes on their skin that make them look like watermelons but in an extended and small version. The cucumbers are types of vegetables that contain a high volume of water as their size gets more extensive during time.

They feature soft flesh consistency and tender skin. The dark stripes will appear as they get mature. 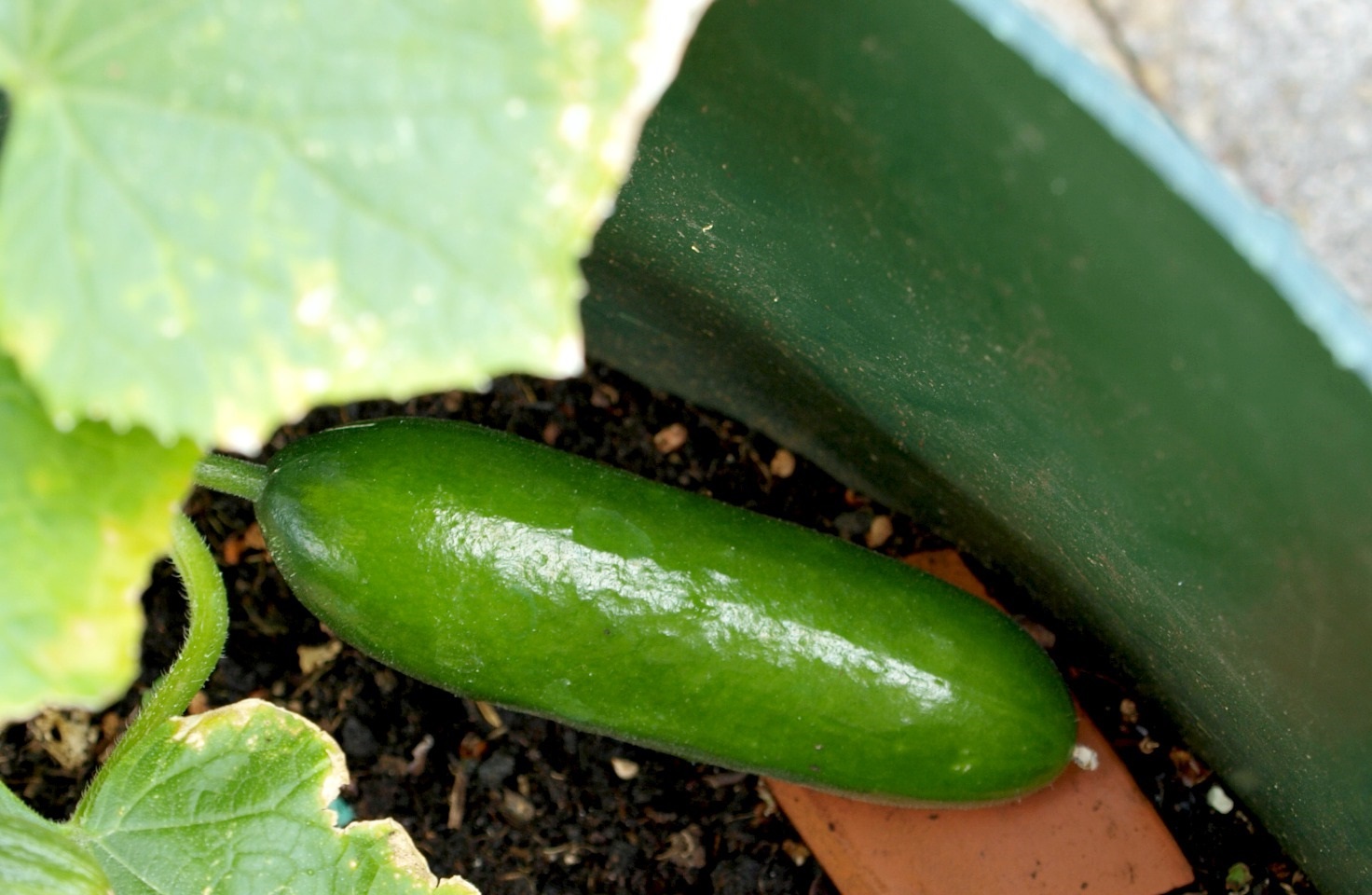 Having thin skins and tiny sizes, these types of cucumbers are called cocktail cucumbers or snack cucumbers. As the name suggests, people usually use them to garnish many kinds of alcoholic drinks.

If you need a simple healthy snack with a fresh and delicious taste, you can add cocktail cucumbers to your lunch box menu.

These seedless with bright green skins are types of cucumbers that can be eaten raw. You could likely eat more than one as they are small enough, and you can finish eating them in seconds. 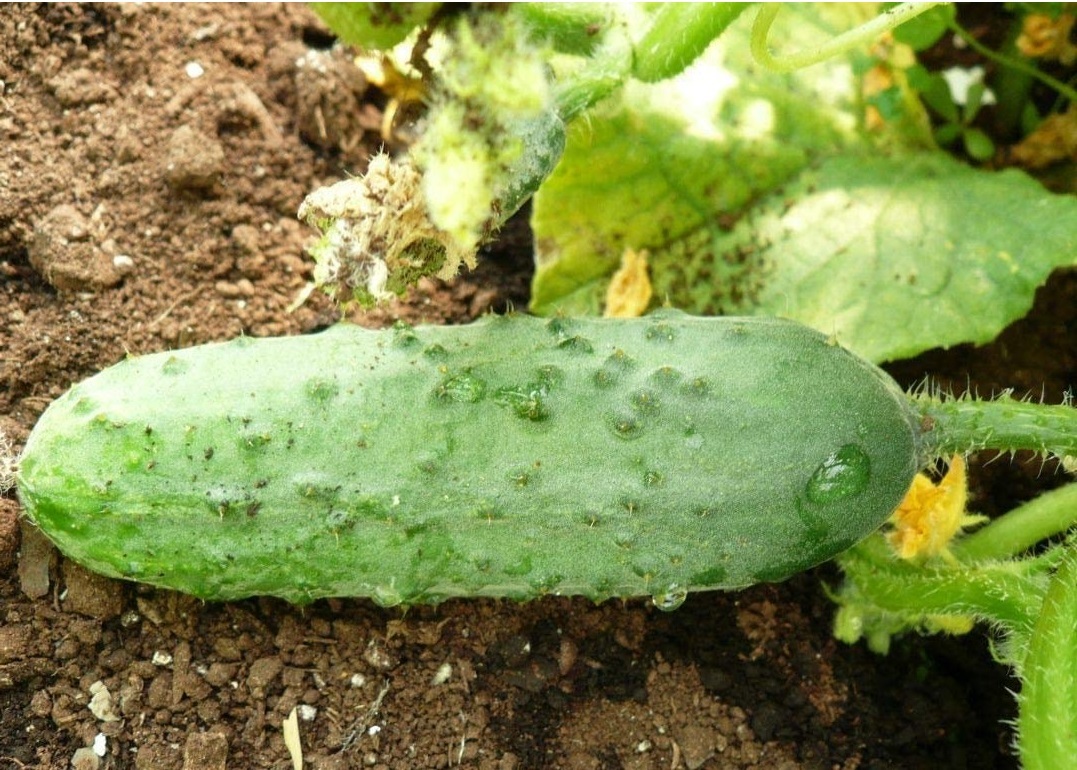 What is Calypso cucumber? It is a hybrid variety of pickling cucumbers that produces more results than others can offer. The dark green and small cuke reaches its maturity around 50 days.

The three-inch cucumber is also resistant to several diseases, including mosaic virus, anthracnose, and powdery mildew.

It has a peek point that indicates the best time to harvest them is when it reaches four to five inches long and about one inch in diameter.

Calypso cucumbers are green in color with white spines. They grow faster than other pickling types and are renowned for their quality in serving tasty pickles and salads. 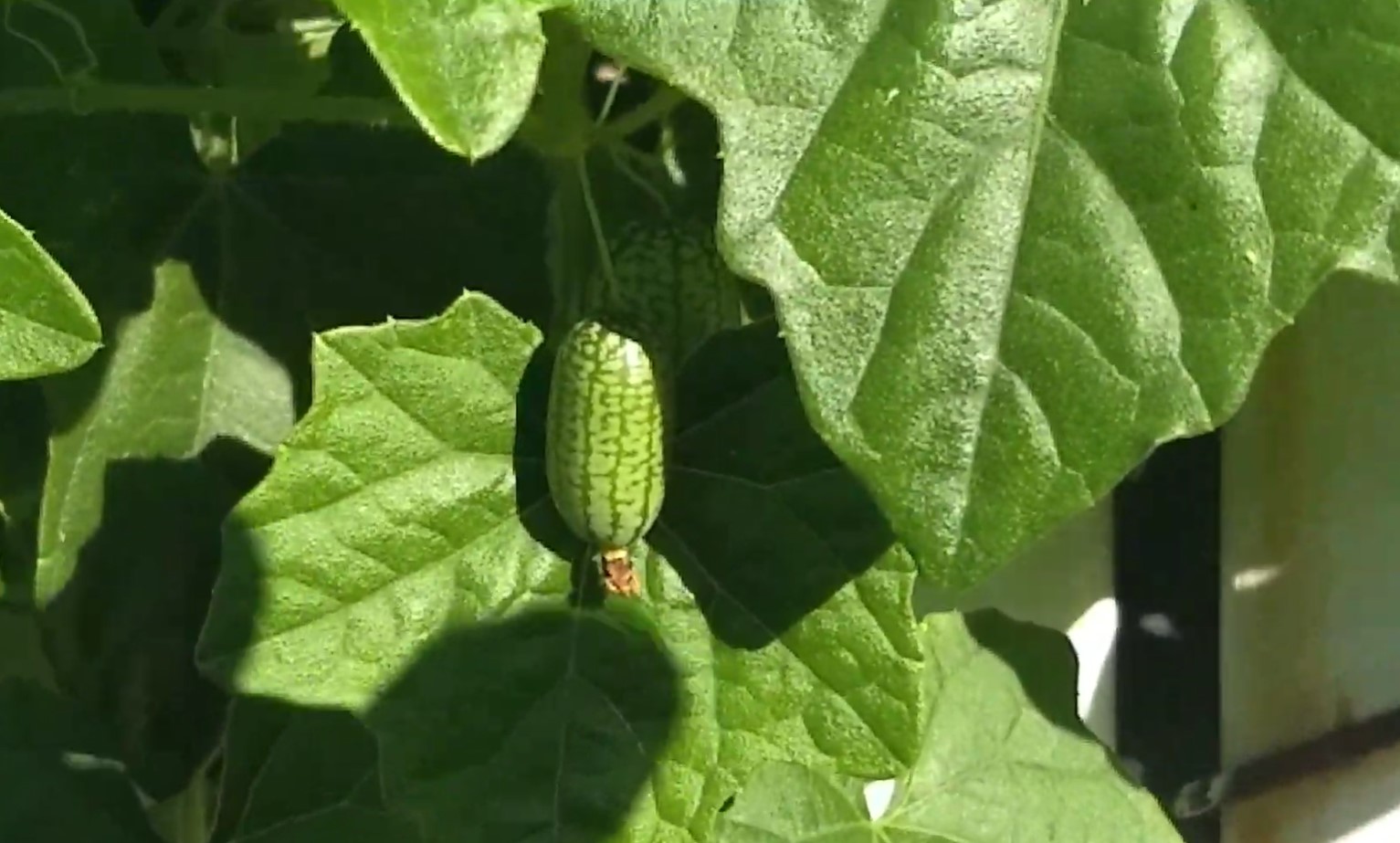 Yes, they are unique in terms of shapes, unlike other cucumbers you have seen in general. From their round appearance and green skin, you would understand why there’s melon in their name.

They can yield lots of cucumbers when harvested, which is why people like them besides their look. Watermelon Gherkin cucumbers taste crisp but sour.

These little cucumbers last long for several months. They also contain vitamins in a high amount, such as vitamins A and K.

These varieties are similar to the previous type when it comes to talking about their appearance. They are small and have green and horns. They also have a strong taste and slightly sour.

West Indian Gherkin Cucumbers also have several names depending on their areas they are grown. Several names include the West Indian gourd, Maroon cucumbers, and the Prickly cucumber.

Amiga cucumbers are a type of cucumber that has a delicious taste. If you’re planning to plant cucumber, but you’re worried about the disease found in the field, Amiga cold be the best solution.

It has strong protection against viruses, and it can be grown in a greenhouse. Let it thrive in its favorite place with a warm temperature and soil. 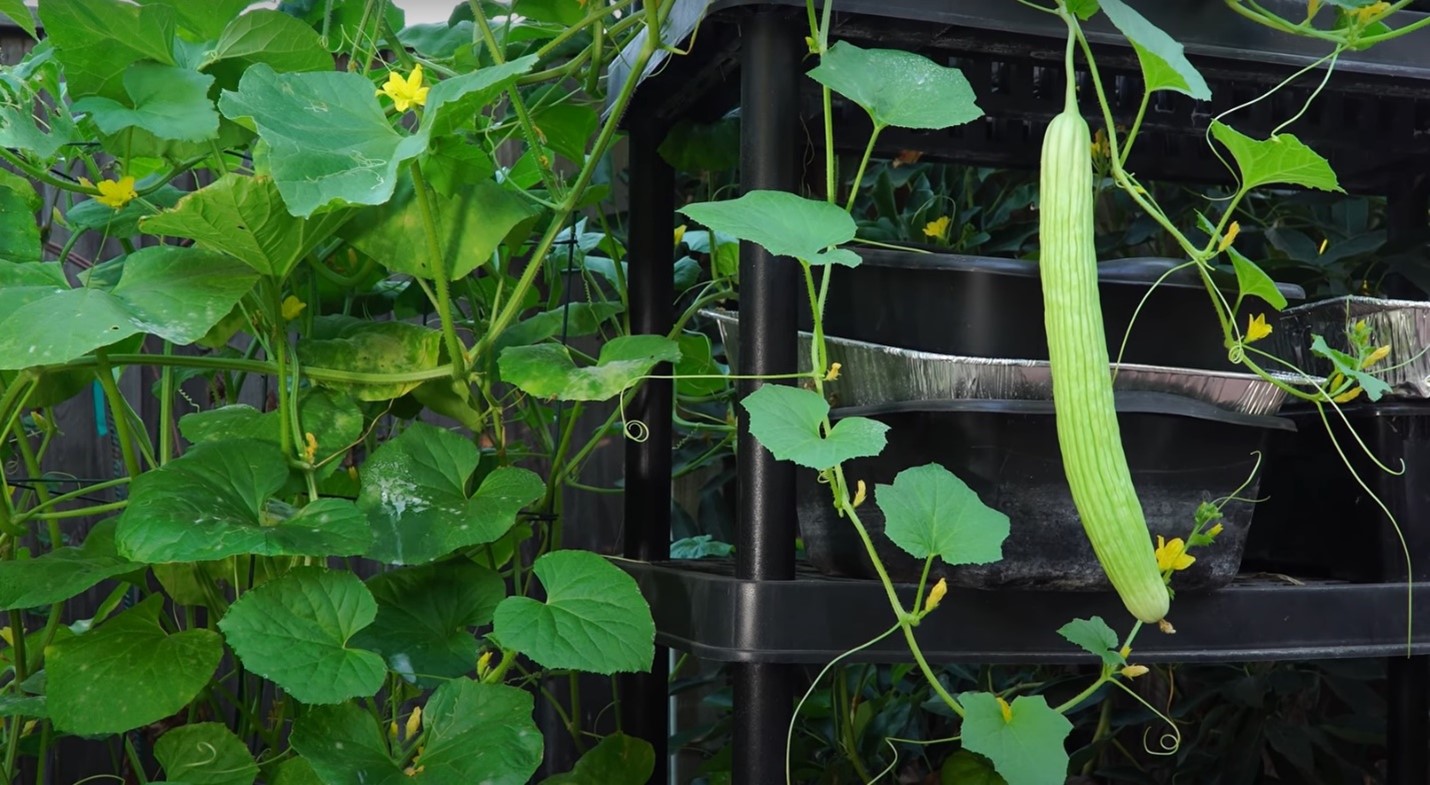 This variety has different kinds of names. People refer to it as snake melon or snake cucumber. The dark-green cucumber will turn yellowish when it ripens. Long and twisted are the characteristics of the vegetables.

It requires 70 days to reach maturity, and they can grow up to 24 inches. They love full sun areas, which are good news for you who live in such a country or place. 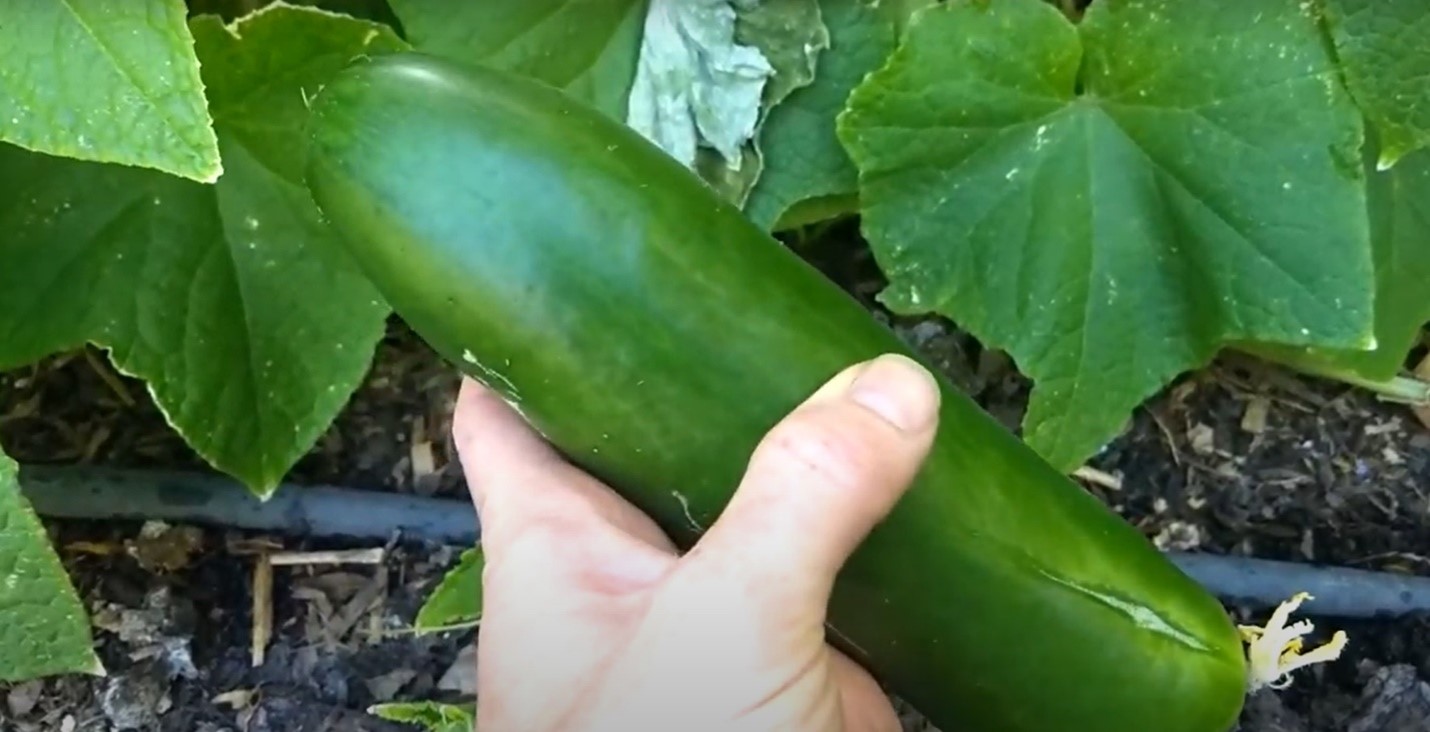 Checking what kind of plant or variety of cucumber you’re going to plant is one of the most appropriate ways to make sure that you pick the right one. Diva cucumbers aren’t fond of cold weather.

Instead, they love warm and dry soil.

They require regular, adequate irrigation, and they love an outdoor field as it would make them thrive. This cucumber can result in such tasty and crisp flesh. The seedless cucumber is also long as it can grow up to five to seven inches.

Diva cucumbers are resistant to scab, powdery mildew, and cucumber vein yellow viruses, and they are mature in 58 days.

Due to their tiny shape, Iznik cucumbers are grouped into a variety of cocktail cucumbers. These spineless cucumbers can grow less than five inches long. They love warm and well-drained filed.

It would be a great idea to spread some warm mulch to them. These cucumbers are seedless and tasty. It’s suggested to pick them every day when they’re mature enough to get the vegetables’ finest quality. 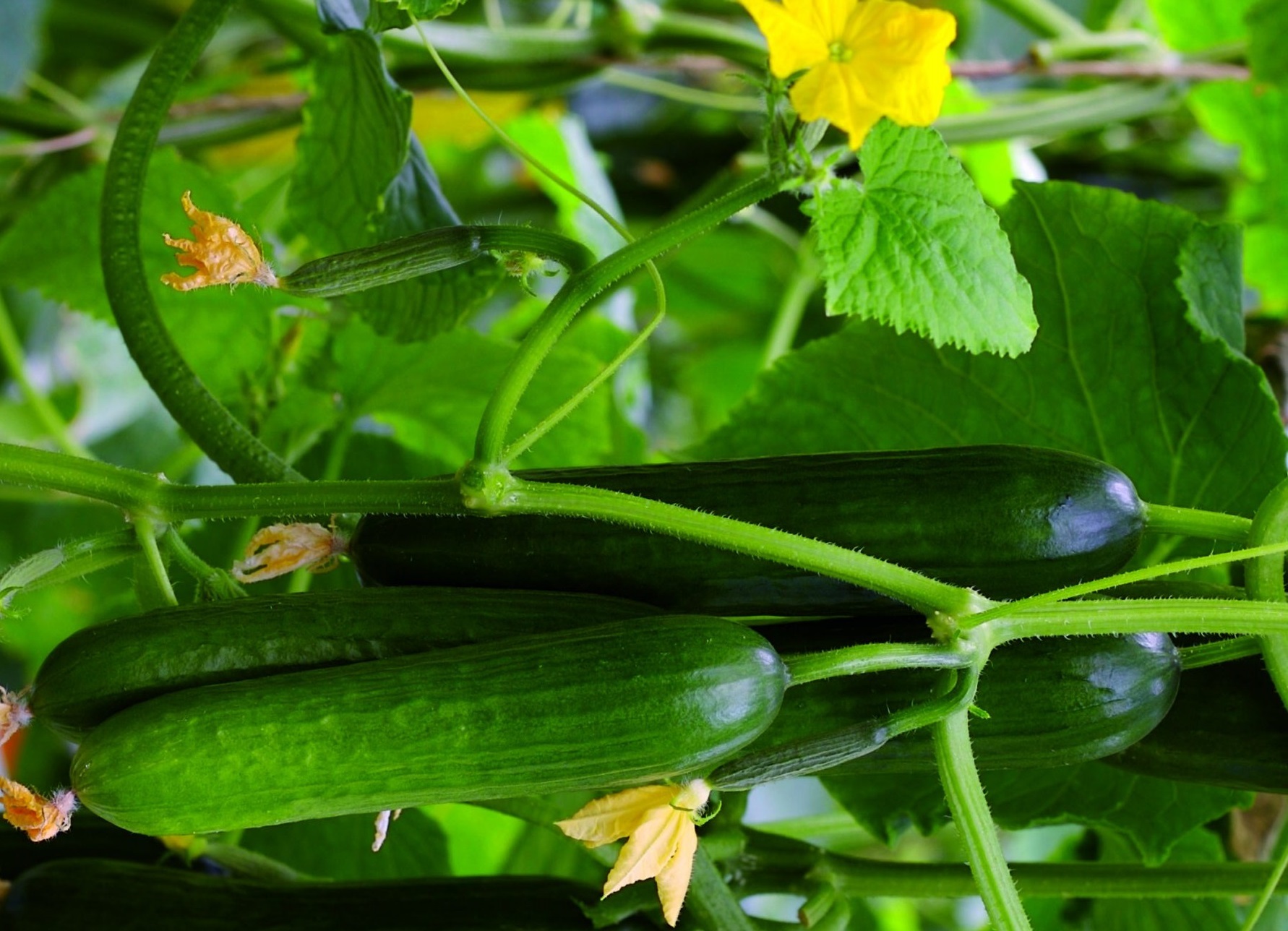 Katrina cucumbers produce fine results with equal sizes and shapes. It makes them an excellent choice for snacking or slicing. They can be planted in a greenhouse to get the best kind of cucumbers.

Kirby cucumbers are almost seedless with thin skins. You can find them unwaxed on the shelve stores.

They give massive provide as they’re quite popular. Kirby cucumbers are tasty and crunchy, and they can grow up to six inches. 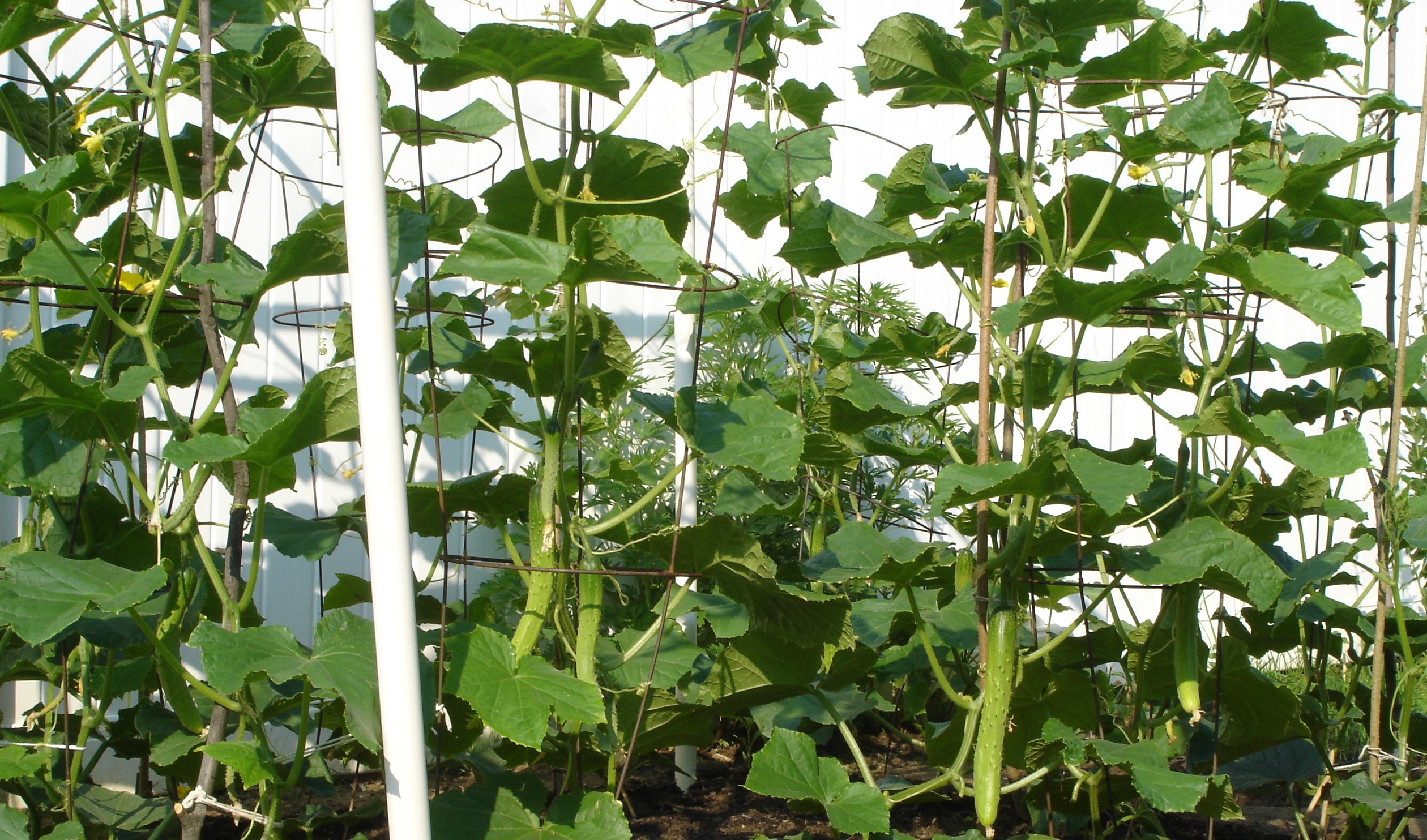 Korean cucumbers have longer and thinner shapes compared to others in general. They include Silver Green, Summer Delight, the White Sun.

You may find a slightly bitter taste when eating a cucumber, but you’re not going to see it in Korean cucumbers.

They also have a sweet and crunchy flavor, perfect for pickling, salads, and side dishes.

The good thing about Korean cucumbers is that they’re available throughout the year. It’s just perfect for you who want their crunchiness in your dishes. 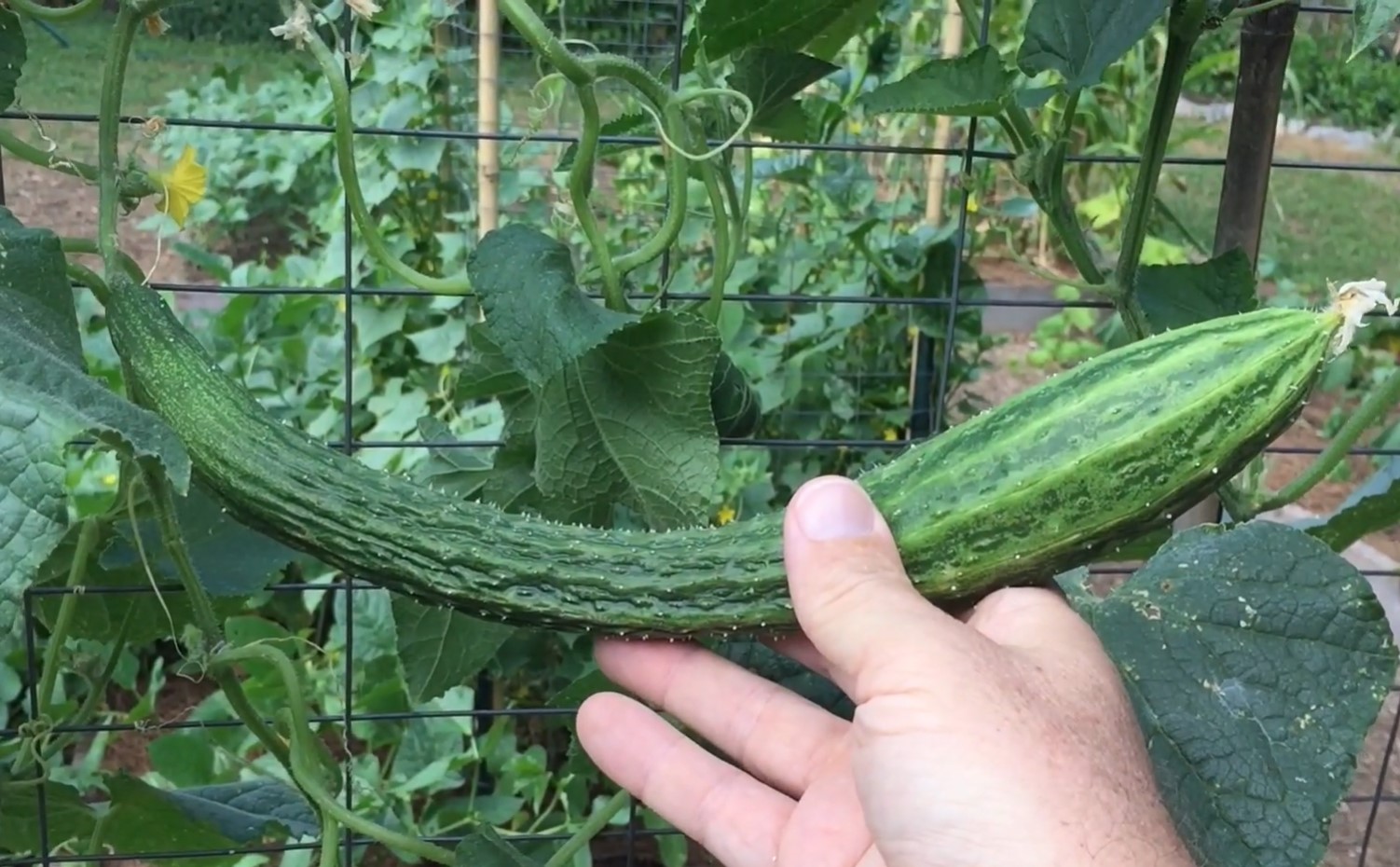 Many types of cucumbers spread throughout the world with their names and tastes, depending on their plants.

Chinese suyo cucumbers, for example, are burpless with white flesh cucumber found in Asia. They are long and crooked with beautiful lime color.

You can found them in many different restaurants and traditional markets thanks to their unique favor. 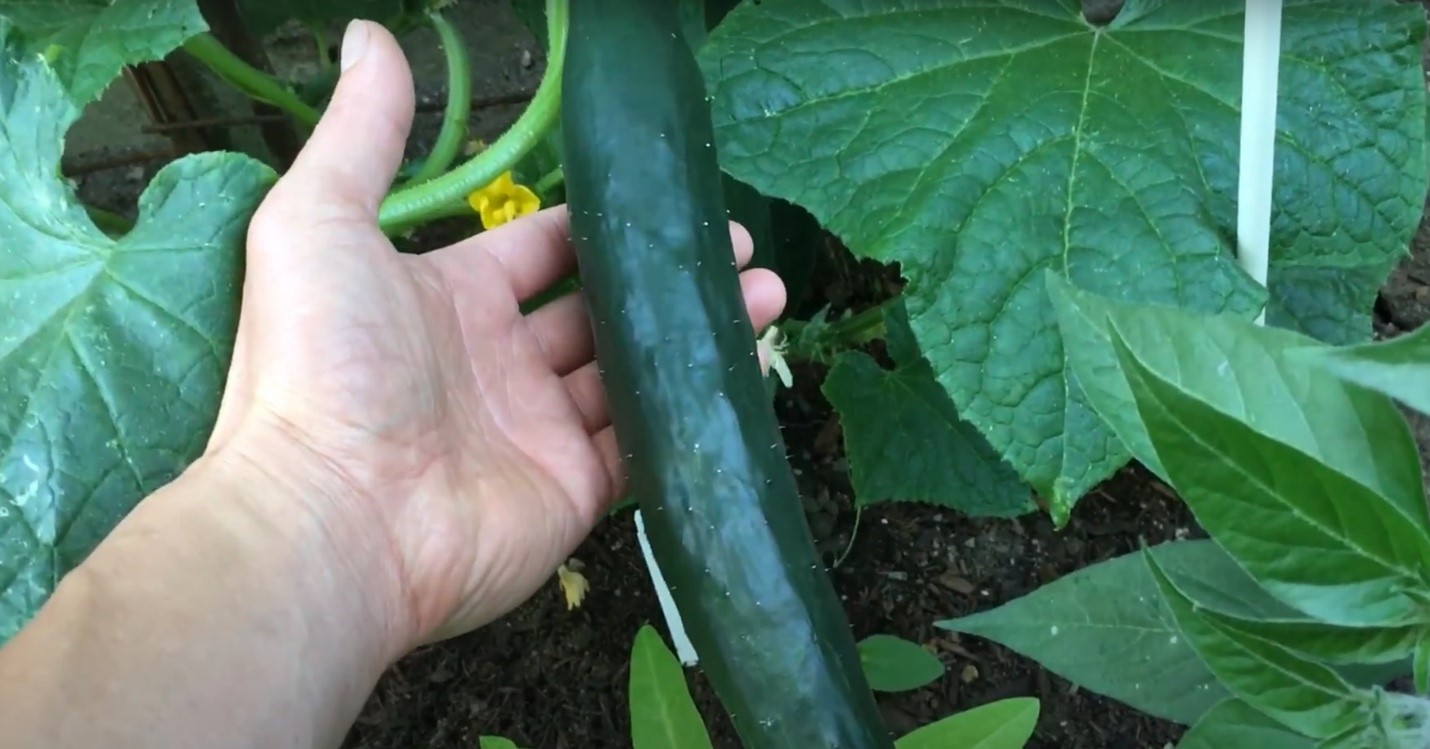 Kyuri or Japanese cucumbers would be a rewarding source of plants as they could provide tons of fresh cucumbers for weeks. These cucumbers have characteristics of thin and dark-green skins.

Its are tasty with tiny seeds and have small raised dots on their skins. They can be produced using two different kinds of methods such as vertical and trellised. These cucumbers are still linked to squashes, gourds, and melons.

These cucumbers are long enough as they can reach 12 inches in length. They are tasty and are commonly served as pickled cucumbers or salads. 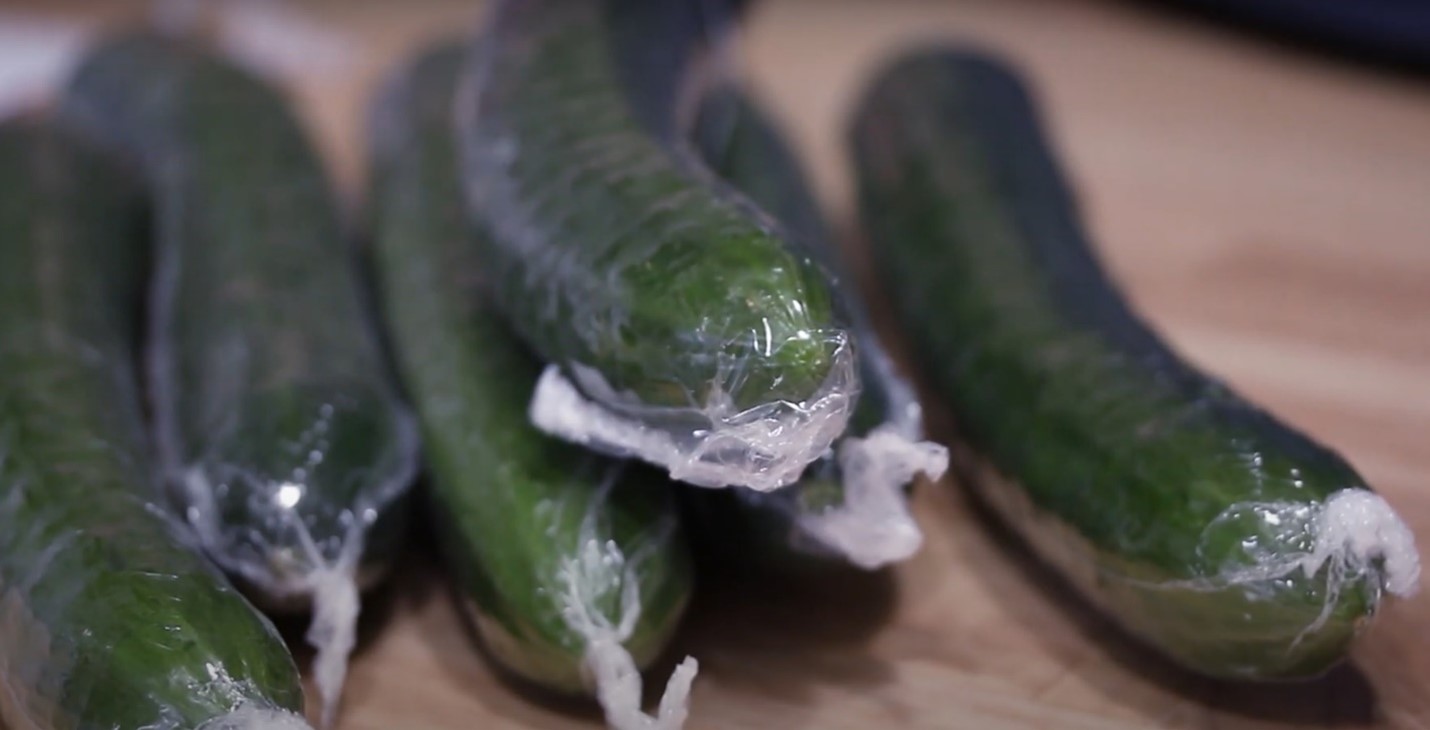 The English cucumbers are known for their mild taste, and they’re also prevalent of their kind. They’re spineless, burpless with thin skins. This variety can grow up to 12-14 inches long.

This variety has a long and straight look. English cucumbers also have some other names, such as seedless cucumber, hothouse cucumbers, or European cucumbers. These dark-green cucumbers have delicate skins, because of which they get easily torn when they get bumped.

English cucumbers may have a higher price as they taste better than other cucumbers. But it’s only natural considering their taste and size you get. 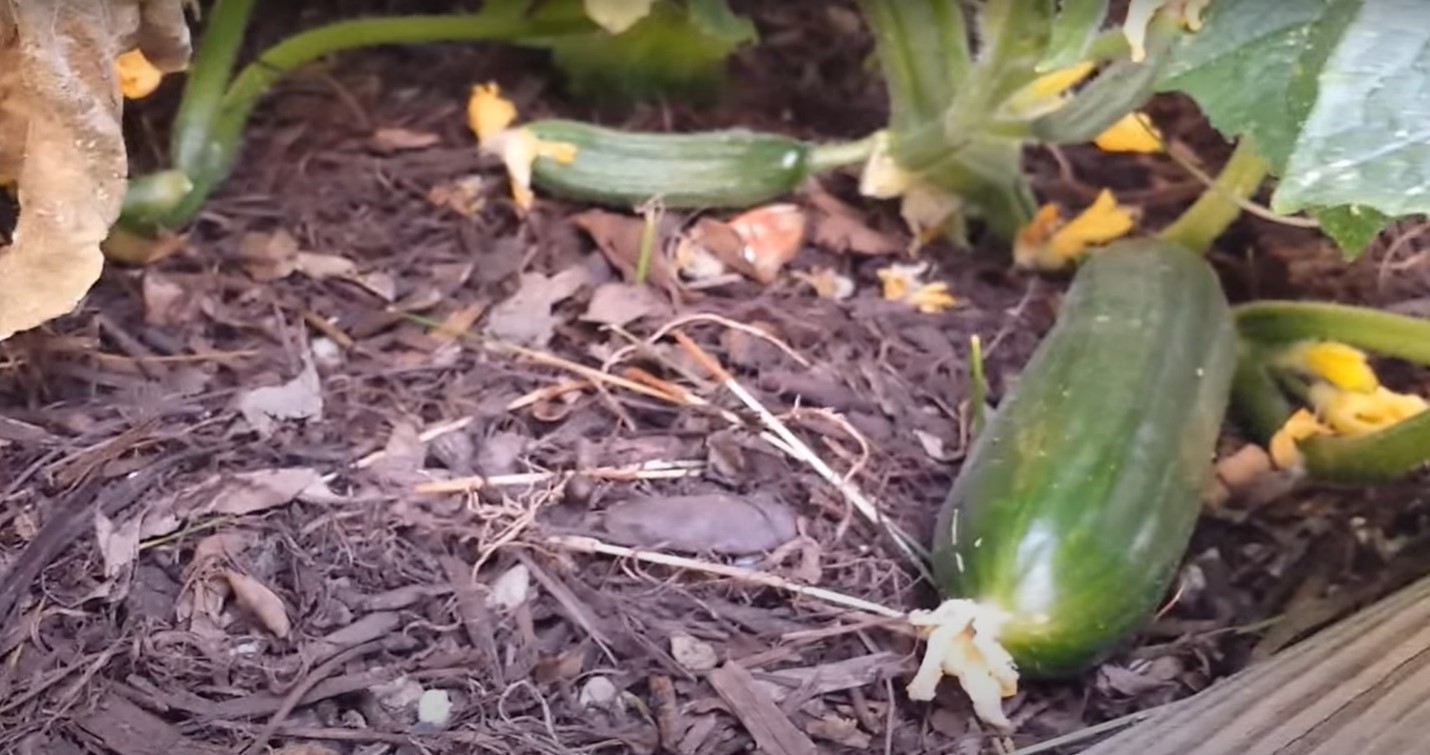 These types of cucumbers can also produce thought the year, so you don’t have to be worried about waiting for them to be available. Their sweet and crunchy taste can be added to many different kinds of dishes. 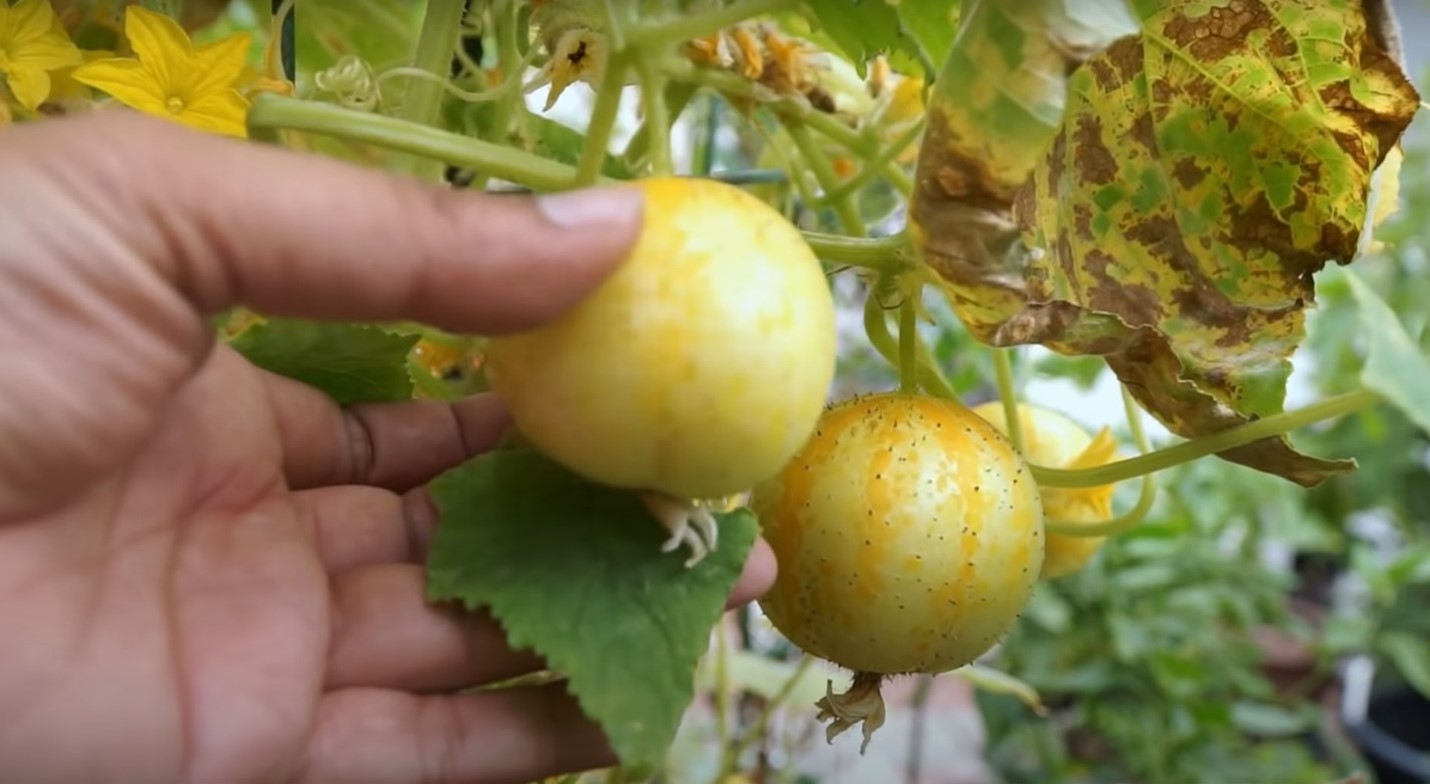 If you wonder where the name of lemon cucumbers comes from, you can already guess their bright yellow color, round shapes that close to melons.

People often chew them without peeling them first as their skins are so thin. Lemon cucumbers have the size and shape of a lemon. However, they taste just like other cucumbers in general.

Lemon cucumbers are suitable for salad or pickling. It takes around 65 days to get mature, and they are fond of full sun. 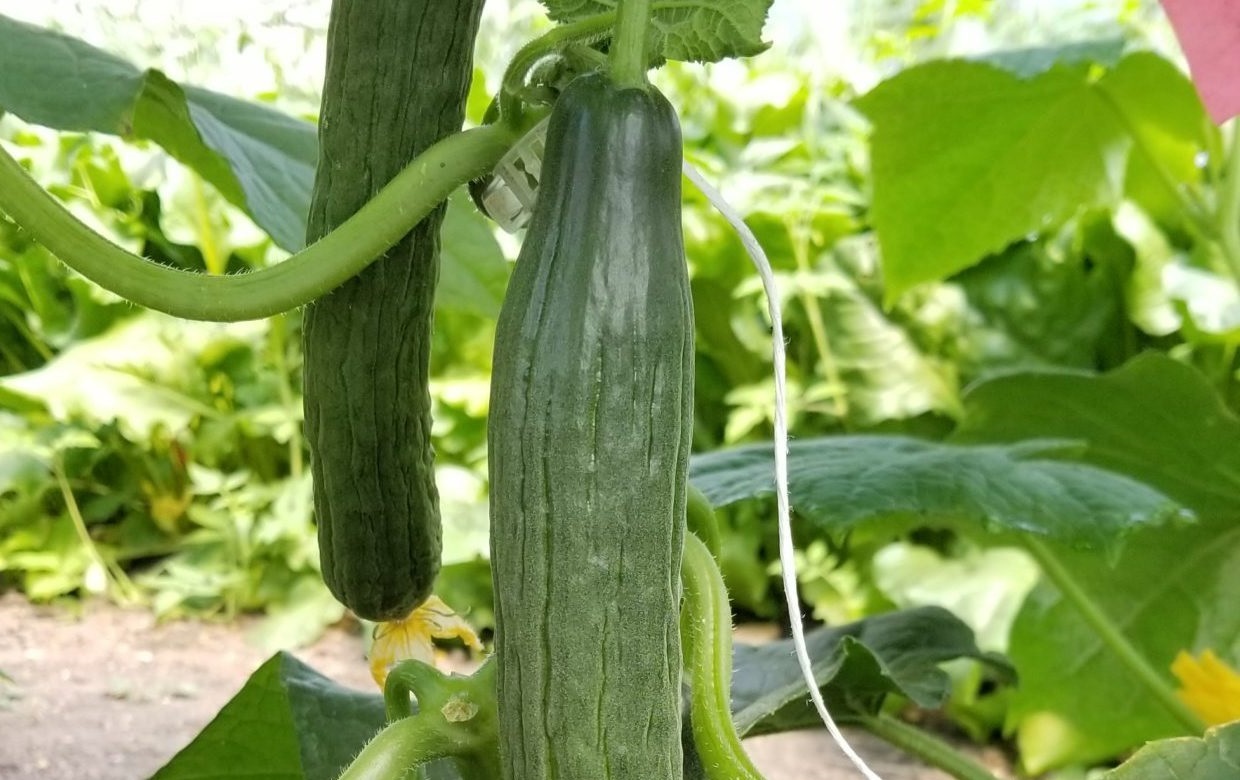 To grow plants well requires lots of effort from the seeds, soil, watering, mulch, and stuff. This cucumbers are fond of warm and well-drained fields.

They can result in great cucumbers that are more than 12 inches long.

Scabs are common diseases found in cucumbers, but this cucumbers are resistant to those kinds of problems. 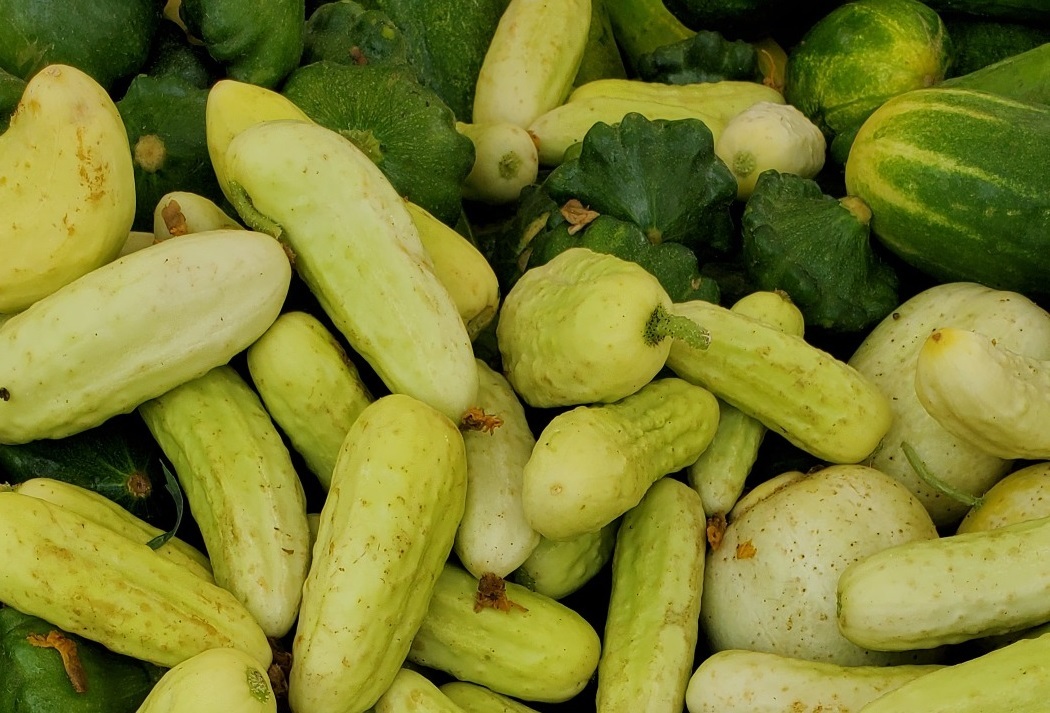 These types of cucumbers aren’t that long. As they get mature or ripe, they will grow bumps and black spikes on their skins, and they will turn darker as well.

Those probably the reason their name is taken from.

Salt and Pepper cucumbers should be easily recognized with their white and yellowish skin color. Either pickled or eaten raw, these types of cucumbers offer a crisp flavor.

They are just everybody’s favorite types of vegetables as they can be added for any additional food creations. 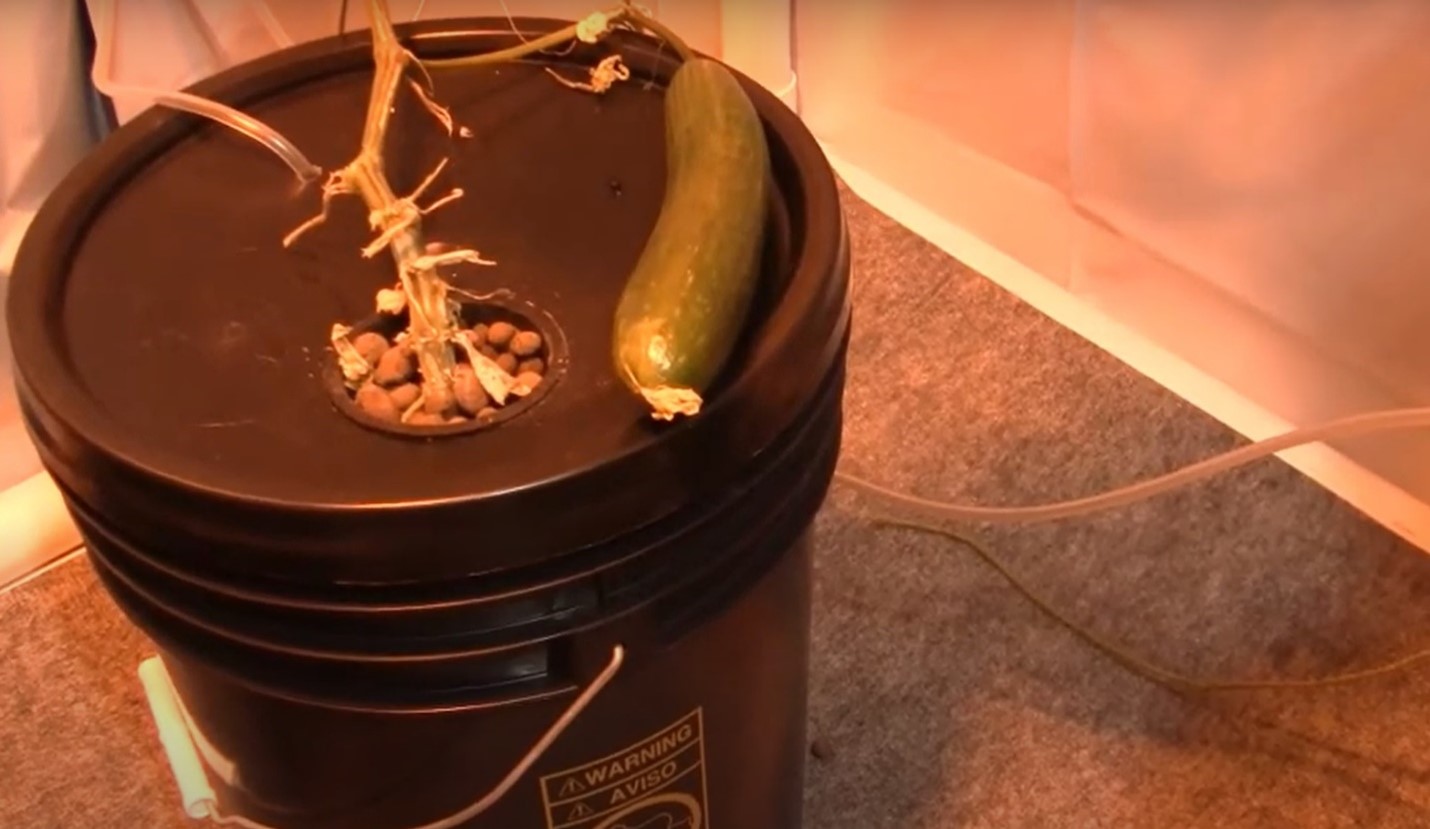 Socrates cucumbers are one of the tastiest types of cucumbers. They are sturdy from many kinds of diseases. They are suitable to plant in a greenhouse and keep the right temperature for them.

These dark-green and thin skin cucumbers can grow up to the middle range in length, around seven to eight inches. Insects are some of the common issues you have to deal with besides diseases.

Keep them outside by using plastic mulch and row covers. 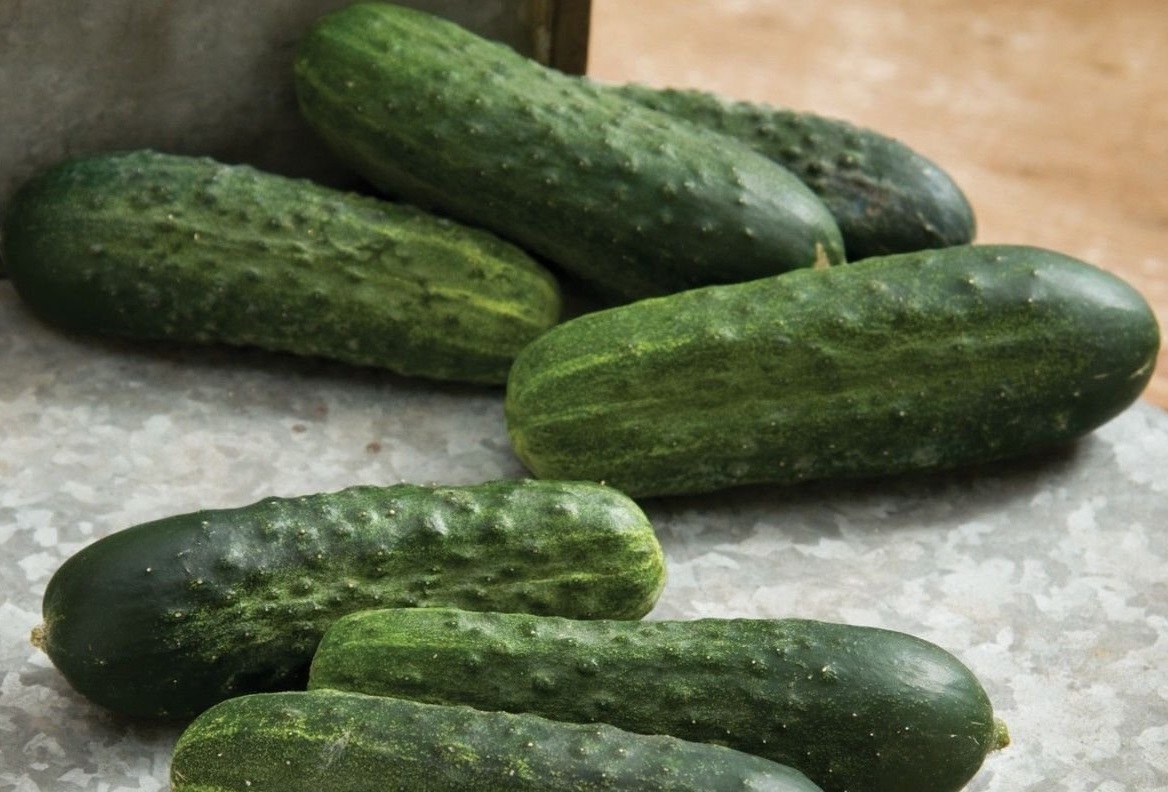 These cucumbers are vigorous vegetables with an average length of 14 inches, originated from Europe. They are tasty and aren’t bitter. Farmers prefer to grow these dark-green cucumbers in a chemical-free farming method.

Trellis is a farming way of producing straight cucumbers. You can apply the method if wanting to avoid the curve shape of cucumbers. They’re also stress-resistant types of cucumbers.

Complete your garden or farming fields with these types of cucumbers that you like. Not only do they adorn your farm, but they are also an excellent asset to your house in terms of healthy ingredients that are available at hand.

By continuing to browse the site you are agreeing to our use of cookies.